YouTube is the most popular video sharing website on internet these days. It is accessible to every country. However, some countries have put a ban on YouTube due to political, social and religious reasons. For example, Muslim countries have banned YouTube because of a movie which was against Islam. Due to these bans, many people these days are unable to access YouTube. In this article, the ways to unblock YouTube in your own country will be explained.

First and most important way is to create a virtual private network (VPN). A VPN basically changes the IP address of your internet and thus it establishes a new IP address. This shows a different location of your internet. For example, A VPN network in Pakistan can show the internet’s location from USA.  In addition this process has become quite easy these days because of the introduction of various kinds of softwares. Some of them such as Hotspot Shield, Super VPN, Tiny VPN, and Master Protector assist and are very helpful in letting people access YouTube. This is a way which is accessible globally and any country can benefit from this.

Another way is to alter the Domain Name System (DNS). It’s an easy process and can be used up on any computer at any part of the world. Go to Control Panel and in Network Connections open Network Adapter Properties. Click Internet Protocol (TCP/IP) properties. Now all you have to do is to change the DNS server address as follows;

Now open YouTube from this address https://www.youtube.com. Try refreshing if it doesn’t work immediately. It will start to work after a few tries.

Another way is to access YouTube through a proxy server. A proxy server creates an indirect connection between your system and the website you are accessing to. So in that way you don’t access the website directly. Instead, you access the website by a third party. There are many websites which help in creating short sessions of proxy servers such as Proxyserver.com and Unblock-free-proxy.com.

One of the conventional yet reliable ways is to use Mozilla Firefox. Mozilla Firefox browser provides an extension with the name of stealthy. Download this extension and enable it. You can now access any blocked website including YouTube.

Less effective, yet works at times, another way is to access YouTube through “https” server and not the “http” server.

There are many ways to unblock YouTube. And most probably all of the ways mentioned above are available in most of the countries of the world. However there are more chances that ban on YouTube gets lifted in a few days

What you can do next if it doesn’t work, unblock YouTube here. 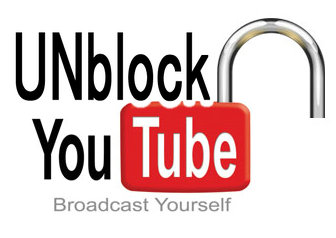